Jury Awards $1.69 Million in Excessive Force Trial Against The LAPD

News coverage on our recent victory against the LAPD.

According to a Los Angeles Times report, for over two decades, the Boy Scouts of America failed to report hundreds of alleged child molesters to police and often hid the allegations from parents and the public.  A review of 1,600 confidential files dating from 1970 to 1991 has found that Scouting officials frequently urged admitted offenders to quietly resign and helped many cover their tracks.  In the majority of cases, the Scouts learned of alleged abuse after it had been reported to the authorities.  But in more that 500 instances, the Scouts learned about it from boys, parents, staff members or anonymous tips.  In about 400 of those cases, there is no record of Scouting officials reporting the allegations to police.  In more than 100 of the cases, officials actively sought to conceal the alleged abuse or allowed the suspects to hide it.

Posted by Anthony Luti at 6:45 PM No comments:


ABC is reporting that a Dane County Circuit Judge has ruled that the law violates both the state and U.S. Constitution and is null and void. The ruling applies to all local public workers affected by the law, including teachers and city and county government employees, but not those who work for the state. They were not a party to the lawsuit, which was brought by a Madison teachers union and a Milwaukee public workers union.

This ruling means that local Wisconsin government and schools now must once again bargain over those issues. The state Supreme Court in June 2011 ruled that the law was constitutional after it had been blocked by a different Dane County judge on a challenge over its passage being a violation of open meetings law. Anger over the law's passage led to an effort to recall Walker from office. More than 930,000 signatures were collected triggering the June recall election. Walker won and became the first governor in U.S. history to survive a recall.
Posted by Anthony Luti at 5:52 PM No comments:

MSNBC is reporting that the Supreme Court will once again confront the issue of race in university admissions in an appeal brought by a white student denied a spot at the flagship campus of the University of Texas. The court said Tuesday it will return to the issue of affirmative action in higher education for the first time since its 2003 decision endorsing the use of race as a factor in freshmen admissions. I wrote about this potential danger regarding Historically Black Colleges and Universities while I was in law school. This time around, however, a more conservative court is being asked to jettison that ruling and outlaw affirmative action in the university setting. Stay tuned.
Posted by Anthony Luti at 2:49 PM No comments:

The Private Defenders Trial Lawyer of The Year 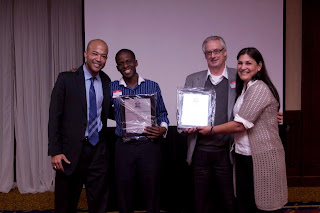 I'm humbled and honored to have been chosen as one of the Trial Lawyers of The Year by The Private Defenders Criminal Bar Association for 2012. I and Dennis Wilson were chosen for our work on the David Green double homicide death penalty case, which resulted in a hung jury.
Posted by Anthony Luti at 1:42 PM 1 comment:

Here is an interesting article on a writ of mandate lawsuit that my firm filed in Brawley California on behalf of The Institute For Socio-Economic Justice.

The writ of mandate that we filed was against the Brawley Elementary School District. It demands that the district reinstate former superintendent Ron Garcia and declare the school board's decision to fire Garcia null and void. In firing Garcia, the school board violated a plethora of provisions under the Brown Act and the California Government Code. Stay tuned...
Posted by Anthony Luti at 8:25 AM No comments: 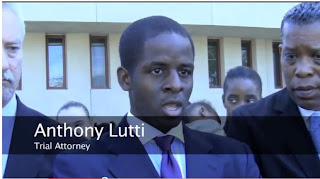 Here was some interesting press coverage that we got on our lawsuit against the Los Angeles County Sheriff Dept. for the senseless death of John Horton while at the Men's Central jail. John was found dead under suspicious circumstances while in solitary confinement. Trial is currently set for September of this year.

Posted by Anthony Luti at 7:07 PM No comments:

A Civil Rights Law Blog From The Luti Law Firm

Founded in 2003 as a firm dedicated to mastering the art and science of winning jury trials, The Luti Law Firm are trial lawyers that represent discriminated and disenfranchised minorities nationwide -- in the civil and criminal courts. We are first and foremost trial lawyers who love trying cases for people, not corporations. The Firm consists of attorneys dedicated to trial and appellate work in the areas of employment discrimination, criminal defense and civil rights. The Firm exists first and foremost to represent individuals discriminated against on the basis of race, gender, age, sexual orientation or social class; and to represent individuals whose constitutional rights have been violated.

The Luti Law Firm has quickly established itself as one of the top minority owned trial law firms in the Los Angeles area.